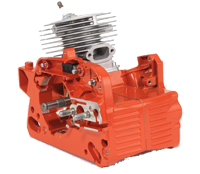 How to Service Your Lawn Mower

Welcome to our how-to about taking care of your lawn mower. Here we deal mainly with lawn mowers that won't start. Even after following the directions here, you may not be able to get the mower going. This is because some symptoms are so obscure in engines that it takes a professional with professional equipment to spot the problem. But, in general, malfunctioning engines show symptoms that are easy to identify.

Check the problem in an orderly fashion, as detailed below, and you usually will be able to find the solution and save a trip to the repair shop early some Saturday morning.

When the Engine Won't Start, Ask Yourself...


...Are the engine controls properly set on "start?"

Trace the sheathed control cable from the handle of the equipment to the throttle on the engine. The throttle should be fully opened with the control handle setting on "start". As you move the control lever from "start" to "fast" to "stop", the cable should be clamped so that it operates the throttle. The cable can slip in the clamp just enough to cause the throttle to malfunction.

...Does the engine have fresh fuel in the fuel tank?

Dump out the petrol in the tank in a safe spot and refill the tank--even though you think the fuel is perfectly good. If you are just starting the mowing season, start with new petrol; last year's petrol can be weak.

...Is the tank more than half full of fuel?

Fill the tank with fresh fuel. Low fuel in a tank sometimes can cause no-starts. This sounds strange, but it is true.

...Is the spark plug wire attached tightly to the plug?

Spark plug wires, through engine vibration, can become loose. The engine doesn't get any spark so the fuel can't be ignited.

Check the little pinhole in the cap to make sure that it is open. If not, use a paperclip or piece of wire to open this port. Try starting the engine. Still won't start? Leave the cap off the tank and try cranking the engine. If the engine starts, the cap is faulty--probably too tight so air is blocked from entering the tank. This sometimes happens on brand new engines. Replace the cap. Do not run the engine without the cap on the fuel tank. Never substitute the cap with a plug such as a corncob or piece of cloth wadded into the opening.

...Is the spark plug grounding device off?

Some engines have a little metal flap that is pressed down over the end of the spark plug to stop the engine. Is the device off the plug?

...Did you forget to prime the engine or not prime it enough?

Instead, pull the starter cord several times with the control lever in the "stop" position. This will help clear excess fuel from the fuel system. Then put the control lever on "start" and crank the engine normally.

The checks below are more detailed than the ones previously listed. We suggest you put the lawn mower on a work table and look more closely for no-start troubles.

Is the engine getting electricity?

Remove the spark plug and check the base. If the base is dirty with carbon soot replace the plug with a new one. We recommend that you start each new mowing season with a new spark plug. And, this plug should be replaced about halfway through the mowing season, even if it seems to be functioning properly. Since the plugs are not expensive, replacement is a sure way to know that any malfunction probably is not the fault of the spark plug.

Very carefully look at the spark plug wire from the metal socket end to its terminal at the coil. Bend the wire in your fingers and look for broken and cracked insulation. These cracks are sometimes difficult to see, so look closely as you twist the wire back-and -forth. If the wire is broken, it must be replaced. You can do it two ways: have a professional replace the wire, or replace the coil in which the wire is secured. Coils are not expensive; in fact, you may pay less for a new coil than to have a repair shop replace the wire. Check it out.

Is the cutting blade loose?

Tip the mower over, after you empty the fuel tank. Also, remove the spark plug wire on the plug terminal, and turn the mower so the hole where you add oil to the engine faces upward.

Do not, under any circumstances, operate the mower until the blade is properly tightened and secure on its mounting.

Is the air filter clean?

When the Engine Floods

Flooding is a very common problem, and, of course, you can practically pull your arm off trying to crank the engine into action. Next time, try this:

Put the throttle control in the "stop" position.
Pull the starter rope (or crank the engine) at least 6 times. The closed throttle produces a high vacuum and opens the choke. In turn, the vacuum cleans excess fuel from the engine.

You say it still won't start?

Turn the needle valve or mixing screw 1/4 turn counterclockwise and crank the engine. If you have no luck, turn this screw another quarter turn. Try cranking. If it won't start, turn the screw clockwise 1 full turn, and try cranking the engine.

But, be extremely careful and keep your face and hands away from the carburetor.

Keeping your hands and face away from the carburetor, crank the engine. Repeat the cranking operation several times. The engine should start. When it starts, remove the screwdriver and replace the filter. 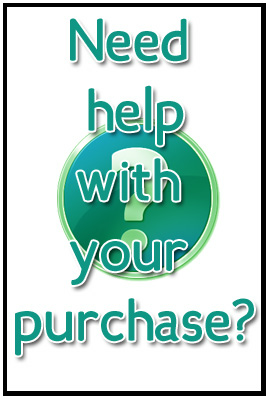 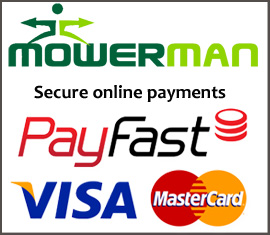 An online service dedicated to helping you find the best products for your garden.